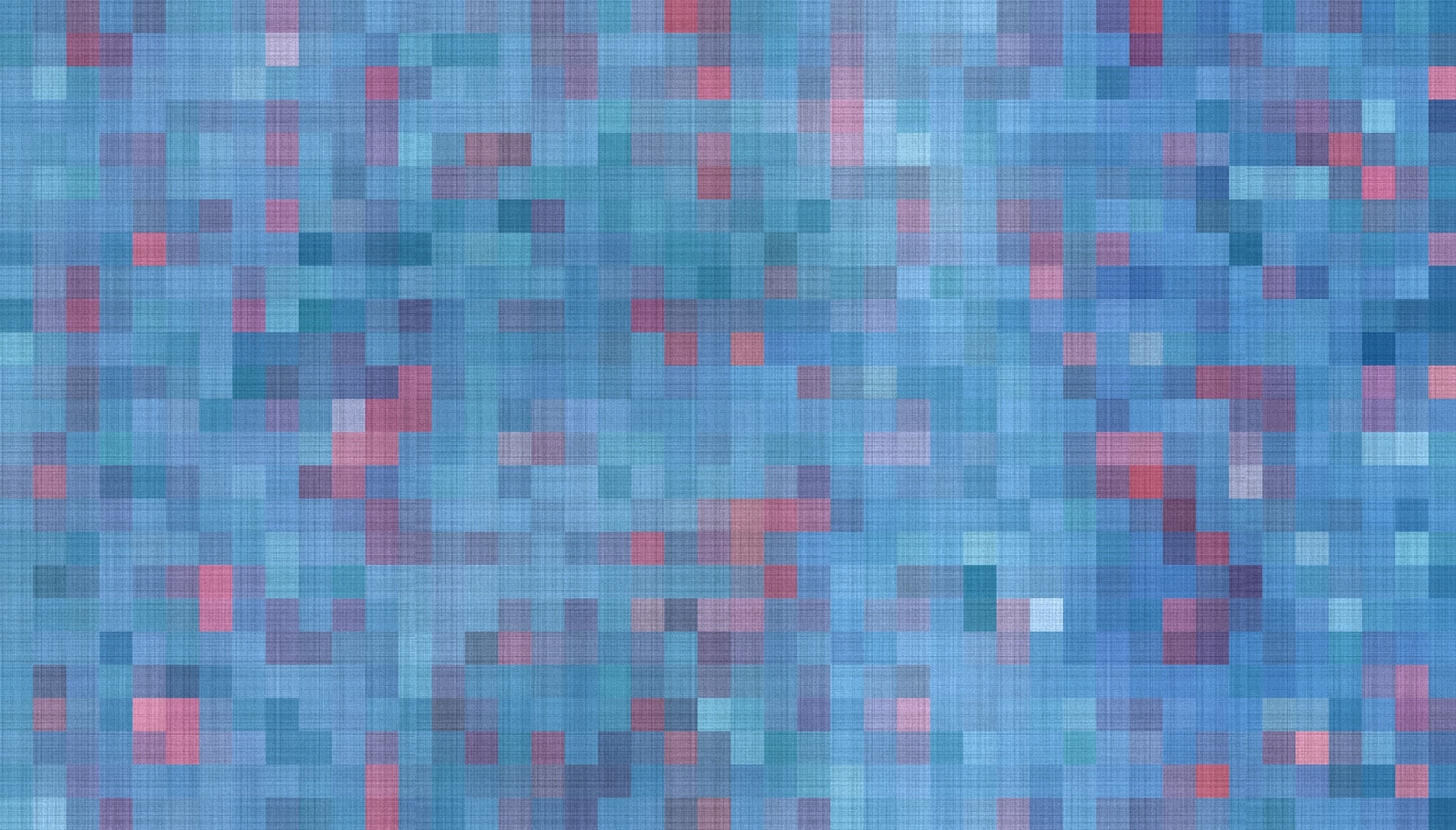 Digitisation changes our Culture of Remembrance

Digitisation changes our Culture of Remembrance

The Austrian weekly newspaper “Die FURCHE” recently published an interview with our vice president Thomas Aigner (who was recently awarded the “Medal for Services to Archives in Lower Austria) talking about archival treasures and the virtual reconstruction of our past.

The interview was conducted in German, but you can find an English translation below:

Thomas Aigner heads the St. Pölten Diocesan Archive and has been pursuing a certain vision for a long time: To make historical sources on the Internet freely accessible. As founder of the International Centre for Archival Research (ICARUS) and co-founder of the “Time Machine Organization”, he established databases such as “Matricula” and “Monasterium”. The 48-year-old Lower Austrian strives after bridging regional history, academic research and international archive networking. The EU-funded “Time Machine“ develops new technologies for historical information, driving the digital transformation in Europe forward. In November Aigner was awarded the “Medal for Services to Archives in Lower Austria”.

FURCHE: When it comes to digitisation, Austria lags behind the Scandinavian countries, for example. Where do you see the biggest need to catch up in Austria?

Thomas Aigner: Scandinavia has broader funding programmes that also give smaller institutions a lot of opportunities. Austria is lacking a nationwide strategy. In an international comparison on the digitisation of cultural heritage though, we are well on our way. The National Library of Austria is a pioneer in the EU. And when I think about the fact that the world´s most important initiative for automated handwriting recognition comes from Innsbruck, it almost gives me goosebumps!

FURCHE: As a pioneer of digitisation in Austria, you started making church records available on the Internet at the beginning of the 2000s. Was there an initial spark?

Aigner: In the late 1990s, I bought a scanner and had the idea to digitise historical texts and editions. I did some experiments with it (laughs). The companioned historian Karl Brunner suggested combining these with recordings of the original documents. This was the date of founding the portal “Monasterium” which soon caught interest in other federal states of Austria and neighboring countries. Initially, our goal was to digitise 20,000 documents from Lower Austria only; today the portal counts already more than 700,000 digitised documents from all over Europe.

FURCHE: Back then, when the Internet was emerging, people still had euphoric ideas about how the new technology would change the world. In light of “fake news ”and social polarisations, great disenchantment set in today. Has the idea of democratisation succeeded at least in the archives?

Aigner: Absolutely. You only have to think about the many “open data”. Especially now during the pandemic, you can witness in real-time how scientists around the world share their data in. Gained knowledge on new virus variants is immediately available globally. Technical innovations have historically always been ambivalent. You already had “fake news” in the Middle Ages. Even vaccine skeptics appeared as early as the 19th century. The problem today is the incredible speed ​​of information flows. This may pose dangers, shouldn´t prevent innovations though.

FURCHE: Family research is enjoying increasing popularity today thanks to the freely accessible archives on the Internet. Many people trace their roots and often end up in other countries. Do you see a chance in this – Seeing the unfamiliar with different eyes, or does this perhaps even contribute to European cohesion?

Aigner: Family researchers are curious. Their knowledge can help to expose notions such as “nation” or “people” as constructions of the 19th century. These terms have been instrumentalised politically and germinate in crisis situations
like today again. I interpret this as a sign of insecurity, of an identity that is not fully established yet.

FURCHE: To what extend can the digitisation of archival collections be of value in this context?

Aigner: In the future, historical knowledge will be part of our everyday life. Therefore, it is all the more important to enable barrier-free access to authentic historical documents. Imagine you want to buy a house and you can look up what has happened there in the course of history, similar to Google Maps. If you imagine archives being available as digital maps, with visualisations and external links, as diagrams – this can be extremely helpful in various everyday situations. In general, we will more and more move in a digital parallel world.

FURCHE: During the lockdown, the value of digital exchange became apparent to many. You offered online guided tours through the Benedictine monastery in Klein-Mariazell during this time. Via mobile phone or computer, it was possible to take a virtual walk and therewith “revive old, non-existent monastery buildings in the minds of the visitors”.

Aigner: I´m fascinated by the thought of promoting a rather unknown and remote artwork such as the basilica in Klein-Mariazell globally via the Internet. This could just as well be a Bohemian town church of a castle in the Rhineland. There are people with personal connections to these places almost everywhere in the world; as they might have relatives or ancestors in these areas. These people might be interested historically but might not be able to travel to these regions themselves. Our online guided tours of Klein-Mariazell were joined by people from Cologne who might have never learned about this place otherwise.

FURCHE: These guided tours of Klein-Mariazell are exemplary for “Smart Tourism”. Is it possible to upvalue remote regions economically this way?

Aigner: You can reach people via the Internet who would otherwise never come. At the same time, you motivate the surrounding regions to actually make a visit. The experience of the landscape, the smell of the building, the taste of the coffee in the village inn can´t be substituted. Especially during the pandemic, you could observe that the people explored neighboring regions more and more.

FURCHE: After the burning of Notre Dame in Paris in 2019, digital know-how from Austria was exported to ease the reconstruction of the cathedral. Do we not have to worry about lost cultural assets henceforth?

Aigner: Cultural monuments are unique and irreplaceable. Even though Nore Dame will be reconstructed, it will never be the same cathedral it once was. But today, we can document buildings accurately to the millimeter and this provides a good safety net in case of disaster but also in everyday life. With budget-friendly monitoring tools, you can, for example, track cracks and sagging. An ongoing project of the Federal Monuments Office, Lower Austria and the Diocese of St. Pölten maps 500 churches digitally. This is a quantum leap for monument conservation.

FURCHE: You are the vice president of the Time Machine Organisation which intends to drive the communication of history forward in four dimensions. With virtual reality glasses, you can already delve into past worlds, for example, stroll through a market square of antique Rome or cast a glance over the roofs of medieval Paris. Christian Jostmann comments critically that these virtual worlds can only deliver simulations. The visitors would “have the illusion to move through the past but only very few will be able to judge the degree of reality”.

Aigner: From a strictly scientific point of view such things should always be treated with caution. But when such applications are based on science and are declared as approximations, they have full justification. Isn´t history itself not much more than entertainment? It offers immense subject matter for novels, movies and computer games. We are still in a digital Stone Age and have to learn how to use the new possibilities meaningfully. Critical objections are justified – but they shouldn´t hold us back to explore new opportunities.

The interview was conducted by Martin Tauss.