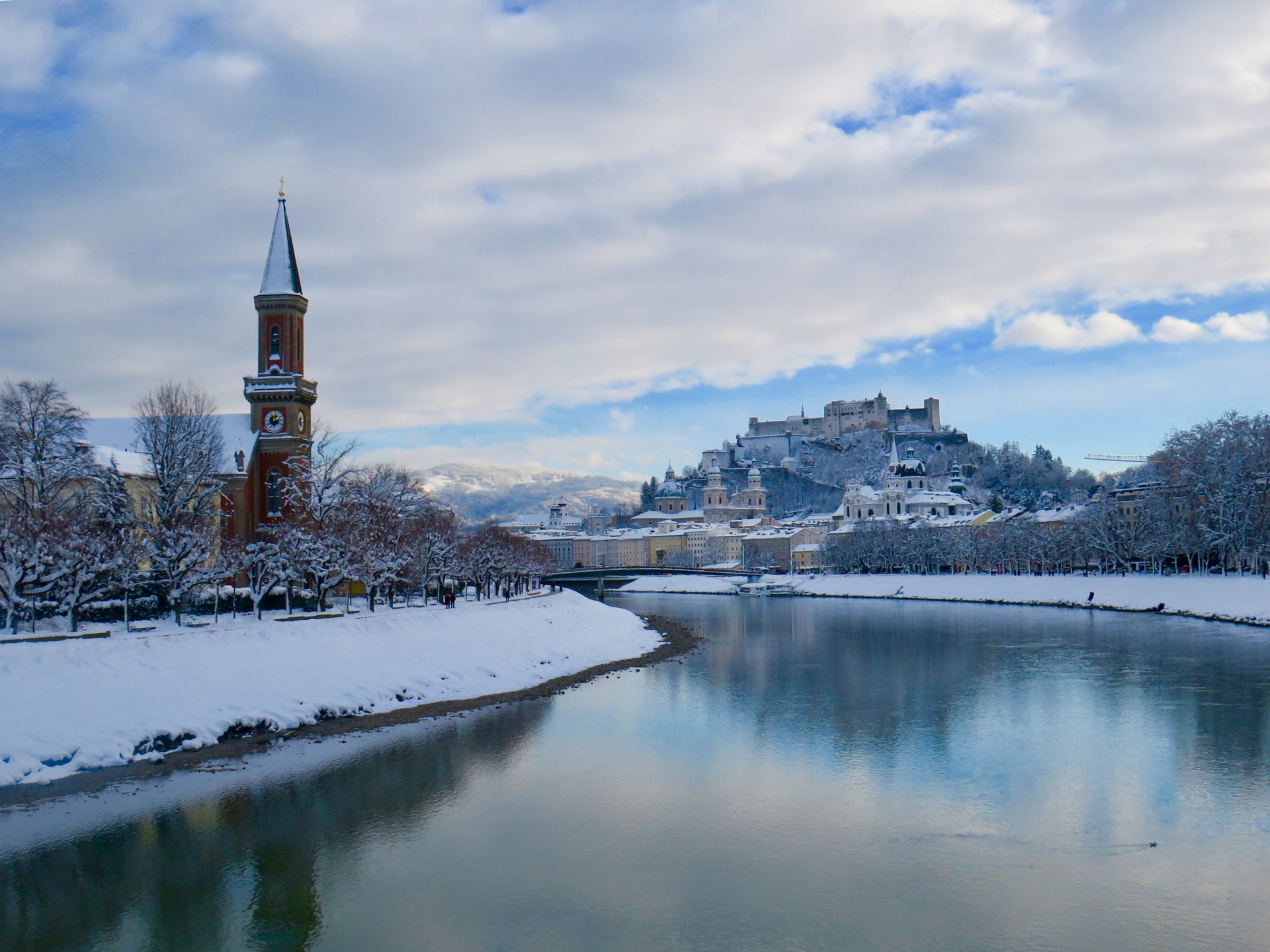 Discovering the Fortress Hohensalzburg with a Time Machine

The Fortress Hohensalzburg in Salzburg (AT) is a famous and well-known landmark in Austria. Though the history of the fortress is already well explored, there is yet a lot to be learned about everyday life in the fortress. As Local Time Machine project within our Time Machine community, “Digital Hohensalzburg” is being carried out by the University of Salzburg, Institut für Realienkunde des Mittelalters und der frühen Neuzeit (Institute for Medieval and Early Modern Material Culture), the History Department and the Hohensalzburg Castle administration aiming to make normal everyday life on the Fortress Hohensalzburg experienceable.

With the Time Machine through the Fortress

There is still a lot to be learned about everyday life on the Fortress Hohensalzburg. A research project is about to change this – by using Artificial Intelligence.

The legend of the “Salzburger Stierwascher” (bulls washer) is not a coincidence. In 1525 the peasants conquered the city and besieged the fortress. The provisions on the fortress, where archbishop Mätthaus Lang together with his court and the defensors were entrenched, were running low. A bull was shooed up and down the walls of the fortress, every time coloured differently, was meant to deceive the besiegers about the food reserves on the fortress. Provision lists, as evaluated comprehensively by the historian Walter Brandstätter in his Master thesis for the first time, bare witness to the fact, that the fortress lords never again wanted to slither into such a precarious position of impending hunger. “Larger stocks were created, the storage space almost doubled in size”, Brandstätter tells. 40-60 oxen, a couple of hundred sheep, chicken, salt, spices, three tons of honey and salted fish were stored in the fortress.

A “city within the city”

After the suppression of the uprisings, structural changes were made: The fortress walls were fortified, the pantries enlarged and more space for more people was made available. “More than 300 people should have been able to be provided for over one year”, Brandstätter tells after his analysis of hand-written sources from 1526-1537. “The fortress lead a life of its own, it was a city within a city”, tells Brandstätter. Roughly 120 people lived permanently on the Castle with the archbishop – soldiers, craftsmen, handymen and the servants.

Brandstätter’s insight about the so far little studied, normal everyday life on the fortress feeds into a large research project that, funded by the state of Salzburg, bridges historical research with Artificial Intelligence and digital possibilities. The aim is to create a digital space of the fortress, which can be explored spatially and through epochs. As a first step, historic sources on the Castle’s rooms, their configuration and function will be indexed. “Above all, there are inventory lists that were created regularly”, explains the historian Christina Antenhofer who leads the project which is carried out by the Interdisciplinary Centre for the Middle Ages and Early Modern Age, the Institute for Medieval and Early Modern Material Culture and the History Department of the University of Salzburg.

Such lists have not been used much in historical research as of yet. “These are very cumbersome sources whose indexation takes a lot of time”, Antenhofer cites as reason. Also, filtering the information by categories swallows a lot of time. With the help of the digital platform “Transkribus” developed in Innsbruck, this source indexation can be achieved much faster, and the inventory lists turn into insightful sources of everyday life in the fortress: “We want to know how the use of the quarters of the fortress changed, how they were equipped, what furniture there was and how people lived together”, Antenhofer sums up the many questions she and her team are interested in.

While there is a lot of information available on the defense of the fortress and its representative function for the archbishops, normal everyday life on the fortress is little known. “If you think everything has already been told, then you are completely wrong”, the historian says. In a second step, the results of the software-based source analysis will be connected with the information on the apartments and the results of the building research in cooperation with the TU Graz (Stefan Zedlacher).

Under archbishop Leonhard von Keutschach, the predecessor of archbishop Matthäus Lang, there was comprehensive construction work on the fortress, during this time, for instance, the magnificently embellished princely living quarters were built, St. Georges Chapel in the inner courtyard of the fortress as well as the striking corner towers at the west end of the fortress. Based on the inventory lists, the building plans and the building-historical research a virtual walkthrough will be created. As a last step, this data will be fed into the project “Time Machine Europe”, a platform that will make the European cultural heritage tangible through virtual travel through time and space.