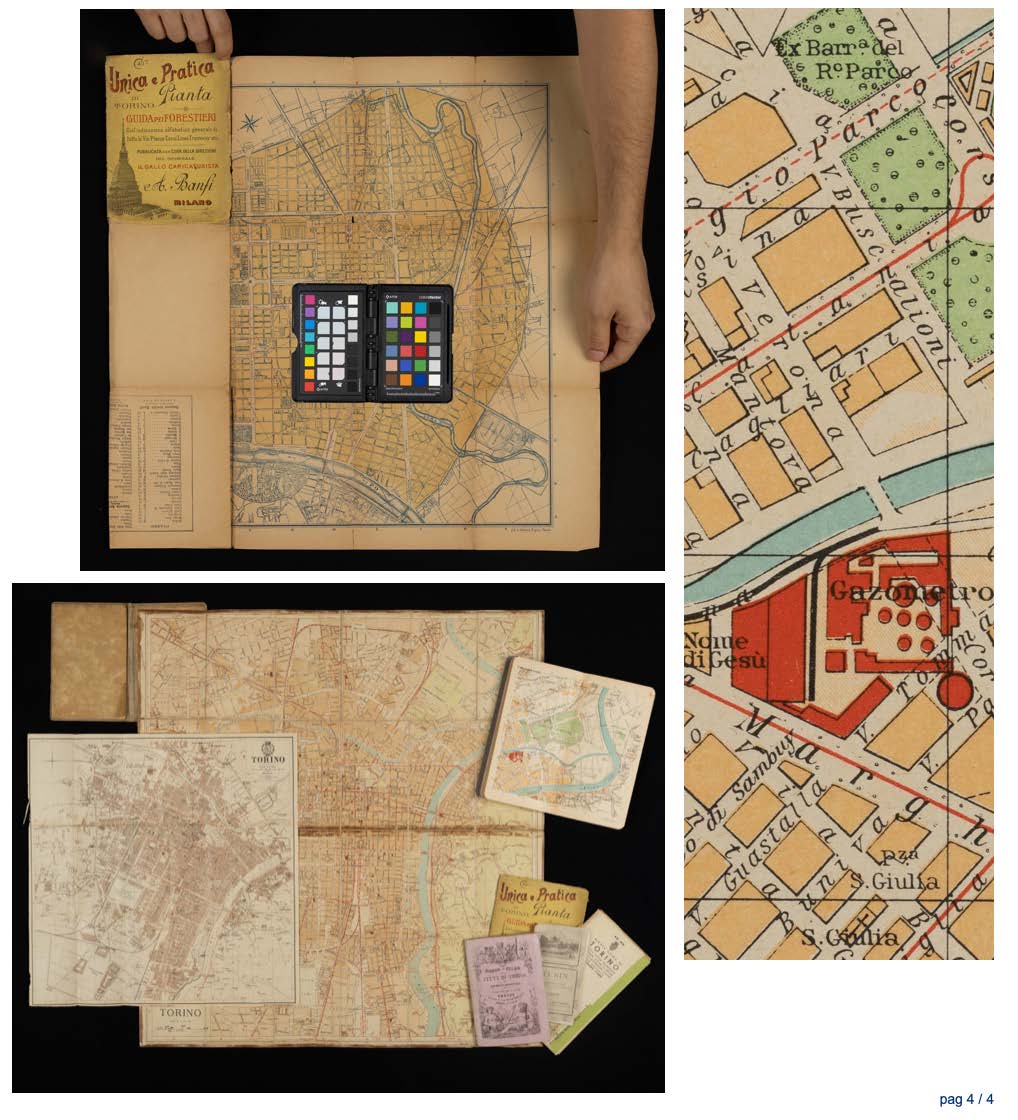 Heritage Lab is the museum and digital laboratory of Italgas, founded and shaped in the company’s redesigned headquarters in Turin. The lab’s mission is to organise and digitise Italgas’ cultural heritage using the leonardesque machines of Fondazione Cini’s digital humanities centre, ARCHiVe, and the unique Replica scanner by Factum Arte.

Since beginning operations in October 2021, Heritage Lab has reached 500,000 digital acquisitions and is now in continuous evolution in terms of innovation, aiming to become a leader in the field of digital humanities applied to industrial heritage.

This objective can be reached only with constant dialogue, knowledge-sharing, and exchange with other institutions and universities. In this regard, Heritage Lab hosted 15 photographers undertaking a two-year specisalisation degree in Photography, Graphic and Editorial Design at ISIA Urbino as part of a workshop dedicated to the industrial heritage of Italgas. The company is committed for some time to digitize its assets, processes, and its historical archive (parchments, papers, registers, photographs, films, and tapes).

A workshop for archiving and preserving photographic heritage

The workshop was developed as part of the “Methods of Archiving and Preservation of the Photographic Heritage” course led by lecturer Guendalina Damone, former project manager of Factum Foundation. During the workshop Heritage Lab’s digitisation operators shared their expertise with the aspiring photographers, while Carlo Bruno, project manager of Regesta.exe, a leading company in cultural heritage valorisation and Italgas’ contractor in the Heritage Lab project, introduced the journey of digital files through the Time Machine Box technology towards publication on the archival platform xDams, and Daniela Marendino, curator of Italgas’ collections, explained the historical role of the gas company in Turin’s and Italian context.

From candles and oil to gas

Up until the beginning of the 19th century, domestic and street lighting was provided by candles and oil lamps alone. Towards the end of the 1830s, a group of engineers and capitalists from Lyon, conceived the idea of introducing a new lighting system using hydrogen carbonate gas in Turin. In 1837, the “Compagnia di illuminazione a Gaz per la Città di Torino” was founded, becoming the first Italian company specialised in gas lighting.

Two other gas workshops were subsequently created in the city in 1851 and 1863, eventually merging to form “Società Gas Luce”, which later became known as Italgas. From manufactured gas to methane and hydrogen’s sperimentation, Italgas contributed to writing Italian history, leaving palpable traces in costumes, society and urban architecture.

Connecting traces of the past

These traces, such us the two monumental gasometers in Turin’s Vanchiglia neighbourhood, were photographed by the students during their visit to the sites of the former industrial perimeter of the city, the promenade that went through the courtyards of the so-called “gas houses” (a large social housing block that had sprung up next to the gasometers), as well as the rooms of the historical archive.
There, the students selected different documents, such as photos, maps and illustrations, which they combined with the ‘photographic notes’ taken in the field. The results were multiform and surprising. The valorisation projects created new possible narratives on industrial archaeology, pushing the students to confront the shapes of the old industrial city with those of the contemporary one.

Impressions from the workshop