Lost Ports of the Zwin 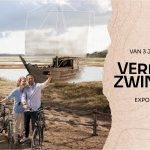 Lost Ports of the Zwin

Medieval Bruges’ pivotal role as a commercial harbour and a centre of art, culture and high finance constitutes an important element in the European cultural heritage and collective memory. The historic centre of Bruges is a Unesco World Heritage site visited by millions each year. However, until recently little to nothing was known about the unique system of outer harbours that formed the basis of Bruges’ success. These were located along the Zwin, a 25km long tidal inlet that connected the city to the North Sea. A decade of fundamental interdisciplinary research at Ghent University, led by archaeologists, revealed the location, lay-out, functions and decline of now lost harbour towns and/or medieval harbour infrastructures in towns that still exist. Through interdisciplinary collaboration between archaeology, history, geology and palaeo-environmental research, Lost Ports of the Zwin investigates the role of Bruges as a late medieval harbour and the entire maritime-cultural landscape of Zwin region. The fundamental research of the project was (and is) funded by the Research Foundation Flanders – FWO (2013-2017)  and Ghent University’s Special Research Fund (2019-2024)

Over the course of 2018-2021, the Lost Ports of the Zwin-team worked together with a consortium of public and private partners and stakeholders to bring the data and results of this research to the wider audience. They succeeded in visualising and digitally reviving Bruges’ medieval harbour landscape in a highly immersive way (3D reconstruction, VR/AR technology), including high-quality digital reconstructions. Both a (semi)permanent cycle route and temporary exhibition were developed, next to many other public and stakeholder engagement initiatives, to submerge the visitor in the Middle Ages and connect the present to the past land- and seascape. In the exhibition, both AR and VR-experiences (Monumental Augmented Table, immersive space, sandbox, …) were combined with high-quality scenography and four showcases with in-depth information on the maritime past of the region.

With financial support by