Interpolation map between modern value taxes, as found in data from the woningwaardekaart, and historic value taxes found in the 1832 cadastral data or the verpondingskohieren from the 17th century.

Amsterdam waterlevel during the flood in 1775

The Amsterdam City Archives provide the inventory of the archive of the Amsterdam City Water Office (Stadswaterkantoor). This archive offers water level registers from 1601 up to 1841. This dataset provides the transcribed and transformed (from 'duim' into meters) measurements from the 9th of November until the 21st of November 1775. The measurements were taken in the IJ and in the city. The specific reason for the chosen time period is the flood on the 14th and 15th of November 1775. The city centre was spared from disaster (due to effective sluice management) but streets, houses and cellars near the IJ, e.g. in Kattenburg, Wittenburg and Oostenburg, were flooded. The dataset shows the 'normal' water level up to 7 days before and after the flood, which amplifies the extreme water levels during the flood.

‘Amsterdam in …‘ shows what publicly available linked datasets can be queried for both place (Amsterdam) and time (any year).… 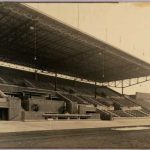 Centuries in motion: the 1928 challenge

Amsterdam is set to celebrate its 750th anniversary in 2025. Three years later, it will be exactly 100 years after…

Cinema Context is a historical data collection for the history of film culture, in particular the screening and distribution of…

Feeding the City: A Bird’s-Eye View over Amsterdam’s Food Supply from Its Hinterlands, c. 1550-1800 It is widely accepted that…

Imitation and Emulation in Rembrandt’s Neighborhood: Deciphering the Transmission of Ideas among Artists living around the Corner

The project ‘Living with water in Amsterdam’ aims to collect, study, and visualize historical data on the relation of the…

The Freedom of the Streets. Gender and Urban Space in Eurasia 1600-1850

Throughout history and across cultures, women are seen as destined for the home instead of the street. At the same…